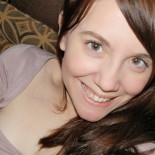 Methamphetamine is commonly known as “speed,” “meth,” and “chalk.” In its smoked form, it is often referred to as “ice,” “crystal,” “crank,” and “glass.” It is a white, odorless, bitter-tasting crystalline powder that easily dissolves in water or alcohol. The drug was developed early last century from its parent drug, amphetamine, and was used originally in nasal decongestants and bronchial inhalers. Like amphetamine, methamphetamine causes increased activity and talkativeness, decreased appetite, and a general sense of well-being.